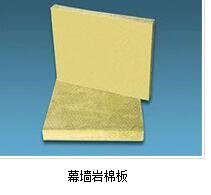 The vertical wire rock wool board is made by the process of pendulum method. It is formed after being stacked by pendulum on the basis of settlement method. The slope is generated during stacking, so that the fibers are vertically distributed, the bonding strength between fibers is improved, and then the mechanical strength of the finished product is improved. It is used to construct the insulation layer, which has better stability and can also meet the strength requirements of roof construction.
竖丝岩棉板在使用过程中的优势
Advantages of vertical wire rock wool board in use
大家都很熟悉岩棉板，岩棉板的用途是比较广泛的。一些的建筑工程或者是家庭房屋的外墙都会加岩棉板，不仅起到了保温防水的功能，也在一定程度上起到了隔音的效果。岩棉板的种类有很多，其中最值得一提的就是竖丝岩棉板。在使用的过程中它具有很大的优势地位。
Everyone is familiar with rock wool board, which is widely used. Rock wool board will be added to the exterior walls of some construction projects or family houses, which not only has the function of thermal insulation and waterproof, but also has the effect of sound insulation to a certain extent. There are many kinds of rock wool board, among which the most worth mentioning is the vertical wire rock wool board. It has great advantages in the process of use.
竖丝岩棉板的保温效果是非常好的，它在制作的过程中在岩棉板的内层有加入一些泡沫，这样提高了它的保温性能。这种岩棉板是有很多的块状的板块组成，在安装的时候是比较简单方便的。不用担心你买回家的产品自己却不懂得如何安装以及使用
The thermal insulation effect of vertical silk rock wool board is very good. During the production process, some foam is added to the inner layer of rock wool board, thus improving its thermal insulation performance. This rock wool board is composed of many block plates, which is relatively simple and convenient during installation. Don't worry about the products you buy home, but you don't know how to install and use them